BDRN’s Professor Ian Jones was recently interviewed by Jenni Murray on BBC Radio 4’s Woman’s Hour and Professor Lisa Jones was interviewed for Free Radio about the relationship between the menopause and postpartum psychosis.

BDRN recently presented some new research at the International Society for Bipolar Disorders Conference in Amsterdam to show that women who experience postpartum psychosis are at increased risk of becoming unwell again around the menopause.

Professor Lisa Jones said “there has been anecdotal evidence around for a long time that women who have been severely mentally unwell after giving birth are more likely to become unwell around the time of menopause but there has been very little research.  Our systematic research data strongly support this association by looking at a sample of over 330 postmenopausal women who have bipolar disorder.  The data are strengthened even more by showing that there is a strong relationship between not only experiencing postpartum psychosis and having an episode of illness at menopause, but also with experiencing severe premenstrual syndrome.  This suggests that there is a subgroup of women who are particularly sensitive to reproductive life events triggering mood illness episodes throughout their lifespan.  Now we need further research to understand the reasons for this, which are likely to involve biological factors, such as sensitivity to major hormonal fluctuations, in addition to psychological factors associated with adjustment to changes in female self-identity for example”.

Professor Ian Jones, who is also a Consultant Psychiatrist, explained “if we can identify when particular patients with severe mood disorders are at high risk of relapse we can put measures in place to help prepare and support them and their families, and hopefully alleviate some of the suffering that all too often accompanies severe mood illness episodes.  Our research suggests that women who have had postpartum psychosis, and their families and clinicians, should be vigilant for signs of mental ill-health during the perimenopausal period and where necessary treatment can be commenced as early as possible”. 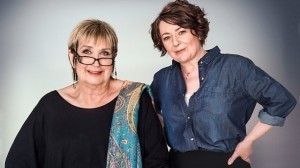