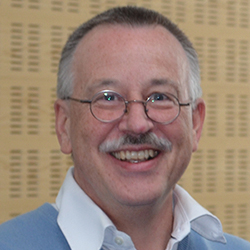 Nick’s first degree was in Natural Sciences at Cambridge University. After graduating from Cambridge in 1980, he went on to study Medicine at the University of Birmingham graduating in 1985. As a newly qualified doctor Nick decided to specialise in psychiatry and trained as a psychiatrist in the West Midlands.

He then embarked on research into psychiatric genetics, focused on bipolar disorder. He moved to Cardiff University to complete his PhD, and spent one year at Washington University in St Louis, Missouri, USA. In 1997 Nick moved back to Birmingham as Professor of Molecular Psychiatry and Consultant Psychiatrist, and only three years later became head of the Department of Psychiatry. It was at this time that Nick led the establishment of BDRN. In 2002, Nick moved back to Cardiff University as Professor of Psychiatry. Until 2014 he headed the Welsh National Centre for Mental Health (NCMH).

In addition to being a world leader in psychiatric genetics Nick has done much to reduce the stigma associated with bipolar disorder, through the programme he made with Stephen Fry “The Secret Life of the Manic Depressive” and by being the advisor to BBC EastEnders on its storyline about a character with bipolar disorder.

He is Scientific Advisor to Bipolar UK and Action on Postpartum Psychosis. He is the Treasurer of the Royal College of Psychiatrists and was until recently the Chair of its Academic Faculty. He has published over 370 academic papers. He has been President of the International Society of Psychiatric Genetics and in 2014 he was made an Honorary Professor of Psychiatry at the University of Oxford.

Also in 2014 he was awarded an honorary Doctor of Medicine degree from the University of Birmingham. Gaining an honorary degree is extremely prestigious; this is the way that universities honour individuals who are particularly eminent in their field and whose work is of exceptional national and international significance. Nick’s award was in honour of his exceptional contribution to research on bipolar disorder.