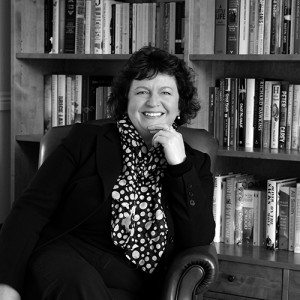 Lisa is Professor of Psychological Medicine at the University of Worcester, where she leads the Mood Disorders Research Group.

She qualified with a BSc (Hons) in Psychology from the University of Manchester in 1993. She went on to work as a Research Associate in the Department of Psychological Medicine at the University of Wales College of Medicine (now part of Cardiff University), where she undertook research into the causes of schizophrenia. She commenced her PhD in Psychiatric Genetics in 1995, researching psychological vulnerability markers for schizophrenia, and this was awarded in 1999 when she continued her work on schizophrenia as a post-doctoral researcher. She became increasingly interested in mood symptoms in schizophrenia and the overlap between schizophrenia and major mood disorders. She joined the University of Birmingham as a Lecturer in Psychiatry in 2000, where she began leading a group researching the causes of bipolar disorder and major depression and was one of the co-founders of BDRN. Lisa was promoted to Senior Lecturer in 2005, and remained in Birmingham until she joined the University of Worcester in October 2015.

In addition to research, Lisa loves teaching students. For example, she set up a popular intercalated programme in Psychological Medicine for medical students. This enables medical students who are particularly interested in psychiatry or any psychological aspects of medicine to spend a year studying the scientific aspects of psychological medicine in more detail and conduct their own research. Many students choose to conduct their research projects with BDRN and Lisa enjoys (hopefully) inspiring the next generation of mood disorders researchers. Lisa won both the Head of School’s Prize and Head of College’s Prize for Excellence in Teaching in 2010, and in 2015 she won the Award for Outstanding Teaching in the College of Medical & Dental Sciences at the University of Birmingham.

Lisa has presented BDRN research at numerous national and international conferences, and she regularly presents to healthcare professionals and patient support groups. She presented to the general public at the Hay Festival in 2016: Exploring the poles: in search of a deeper understanding of bipolar disorder.