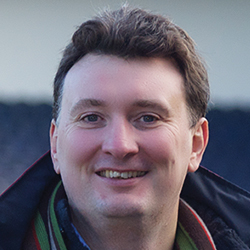 Ian Jones is Professor of Psychiatry and Honorary Consultant Perinatal Psychiatrist at Cardiff University. He is Director of the National Centre for Mental Health. He is the clinical lead for the Cardiff University Psychiatry Service (CUPS) which offers second opinions for mood and psychotic disorders and leads a clinical service offering pre-conception counselling to women with severe mental illness. He is director of BEP-C, a group psychoeducation programme for bipolar disorder. Ian is a trustee, past chair and scientific adviser to Action on Postpartum Psychosis.

Ian graduated from St Georges Medical School in London and then trained in General Medicine and Psychiatry in South Wales. He joined Professor Craddock’s team in the mood disorders group in Cardiff University as a clinical research fellow and was then awarded a Wellcome Trust Training Fellowship at the University of Birmingham spending a year at Virginia Commonwealth University in the US. Before taking up his current post in Cardiff he was Senior Lecturer in Psychiatry at the University of Birmingham.

His research focuses on bipolar disorder and postpartum psychosis. He has authored or co-authored over 200 publications and book chapters. He has been awarded the Marcé Medal for his research on Postpartum Psychosis and was named Academic Psychiatrist of the Year at the RCPsych Awards 2013. In 2014 BEP-C was awarded the British Medical Journal (BMJ) award for innovation in medicine.