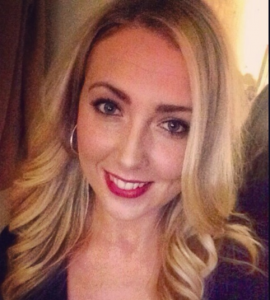 Holly is an Assistant Research Psychologist at Cardiff University, working for both the National Centre for Mental Health and the Bipolar Disorder Research Network.

She qualified with a BSc (Hons) in Psychology from Swansea University in 2012. During her time at University, Holly was involved in The Lounge Mental Health Volunteering Project which aimed to help individuals regain their confidence, self-esteem & motivation. Following graduation, Holly worked in the NHS as an Honorary Assistant Psychologist within a community mental health team based in the Cardiff & Vale. She was involved in delivering CBT based interventions to individuals with moderate to severe mental health difficulties. In addition to this, she also worked as a Sessional Research Assistant with the Cardiff Child Development Study, which looked into children’s development from birth to the age of seven. During this time, she also started working as a Personal Assistant for a young person with Autism Spectrum Disorder.

In 2015, Holly joined the BDRN and NCMH. Holly is currently focused on recruiting individuals specifically with a diagnosis of Bipolar Disorder. She is also working alongside her colleague Katie Lewis, exploring how disruptions to sleep might impact individuals with bipolar disorder. Holly would like to thank everyone that has taken part in the research so far.

If you have a diagnosis of bipolar disorder and/or are interested in hearing more about the sleep research, Holly would be delighted to hear from you.