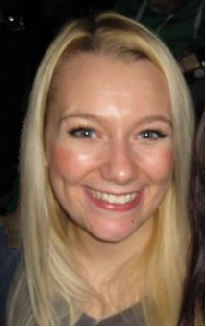 Amy is Research Associate in Psychological Medicine at the University of Worcester, where she is a member of the Mood Disorders Research Group.

She qualified with a first class BSc (Hons) in Psychology from Newman University College in 2009. Following her graduation, Amy worked as a Psychology Assistant at the Queen Elizabeth Hospital in Birmingham. In this role, she was involved in delivering psychological therapies to individuals living with chronic illness, in addition to working on a research project that aimed to improve the communication skills of clinicians caring for patients with cancer. Later she joined the Cerebra Centre for Neurodevelopmental Disorders at the University of Birmingham where she contributed to research that aimed to improve challenging behaviour in individuals with rare genetic disorders, specifically in those with Prader-Willi Syndrome.

In 2011, Amy joined the Mood Disorders Research Group in the Department of Psychiatry at the University of Birmingham, where she played a key role in BDRN by interviewing individuals with bipolar disorder for research into the causes of mood disorders. After developing a keen interest in perinatal psychiatry, she commenced studying for a PhD in January 2014, researching factors that may influence risk of postpartum psychosis in bipolar disorder, which she completed in December 2019.

In October 2015, Amy joined the University of Worcester along with her BDRN colleagues Professor Lisa Jones and Dr Katherine Gordon-Smith. She is responsible for the ongoing recruitment of participants to our research programme including the BDRN prospective pregnancy study. In addition to conducting research, Amy also enjoys regularly teaching students and healthcare professionals about bipolar disorder and perinatal mood disorders.